Bit of a failed session this. I’d decided to photograph the driver that picked me up from the airport as part of the People at Work assignment.  The restrictions on ISO, the motion of the car and the extreme light differences from inside to out made it very difficult.  I waited until inside the city when the outside light was marginally reduced.  The project for me never made the cut but when I looked back at the raw files tonight I quite like this one and the one following. Captures Dexter and I like the positioning of the flags and the yellow cabs which place him in New York City.  The pillar box crop compliments the vista. I like the light on his face which emphasises his stare.

I also quite like this second image.  I wanted to capture the hairs on and position of Dexters hand.  His hand is hooked over the wheel showing boredom, routine, familiarity. His crooked little finger mimics the twig like stalk of the indicator stem. He’s done this many times.

I had one hour to spare before my meeting and so Dexter dropped me at moma and I ran through the women in photography exhibition.  I wished I had time to spend dwelling on classic images by Diane Arbus, Dorothea Lange and others.  I could easily have missed my meeting. It was quite a day to be one day. 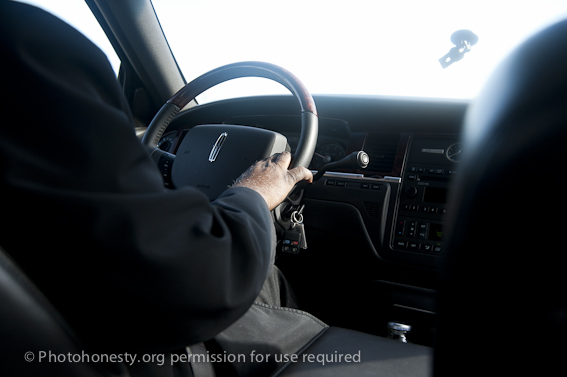