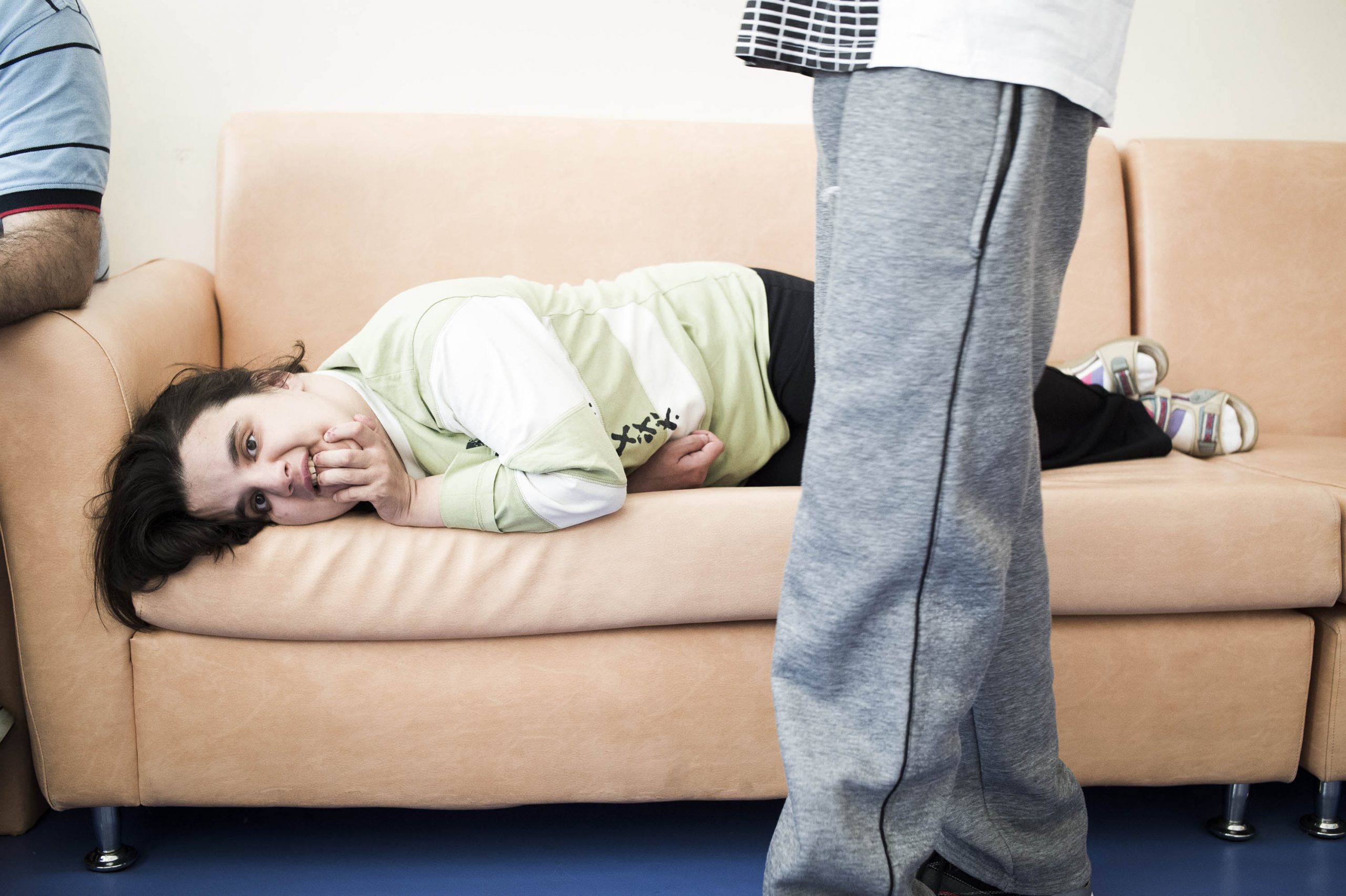 She was pretty demanding as well and at one point pushed me, gently but firmly, out of the way so that she could lie down.

In this photograph you can see one of the couches in the lobby where the group would gather in front of the broken TV. There was a working television set in a separate room in the house.

I’d waited for a long time for the space in front of Sofia to clear so that I could focus on her alone before realising that I was missing the point. Lying contemplating as everything went on round about her was the way she chose to view things. 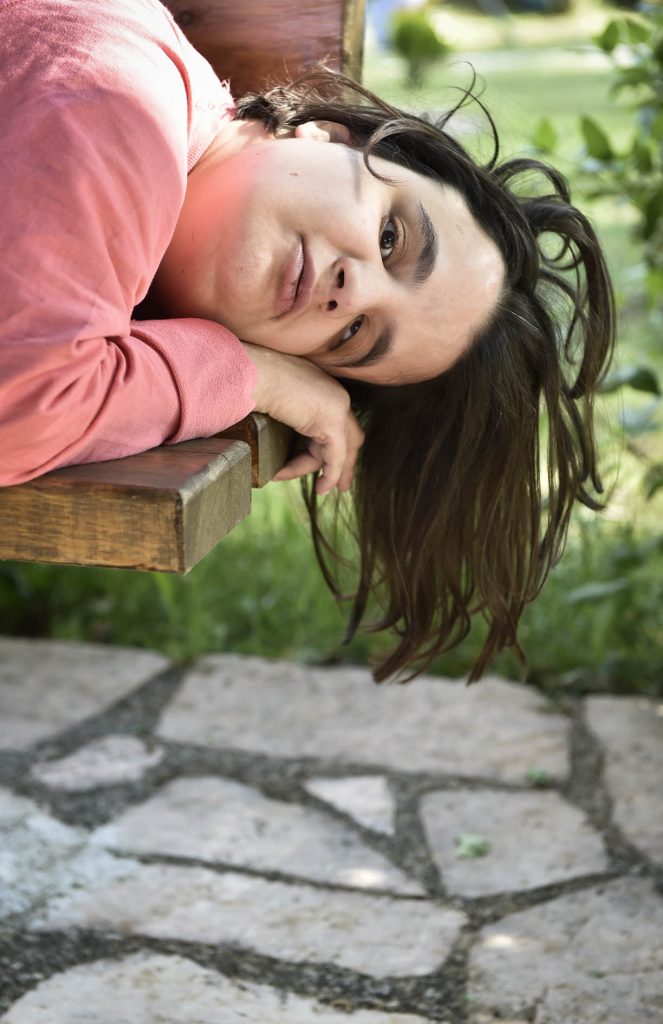