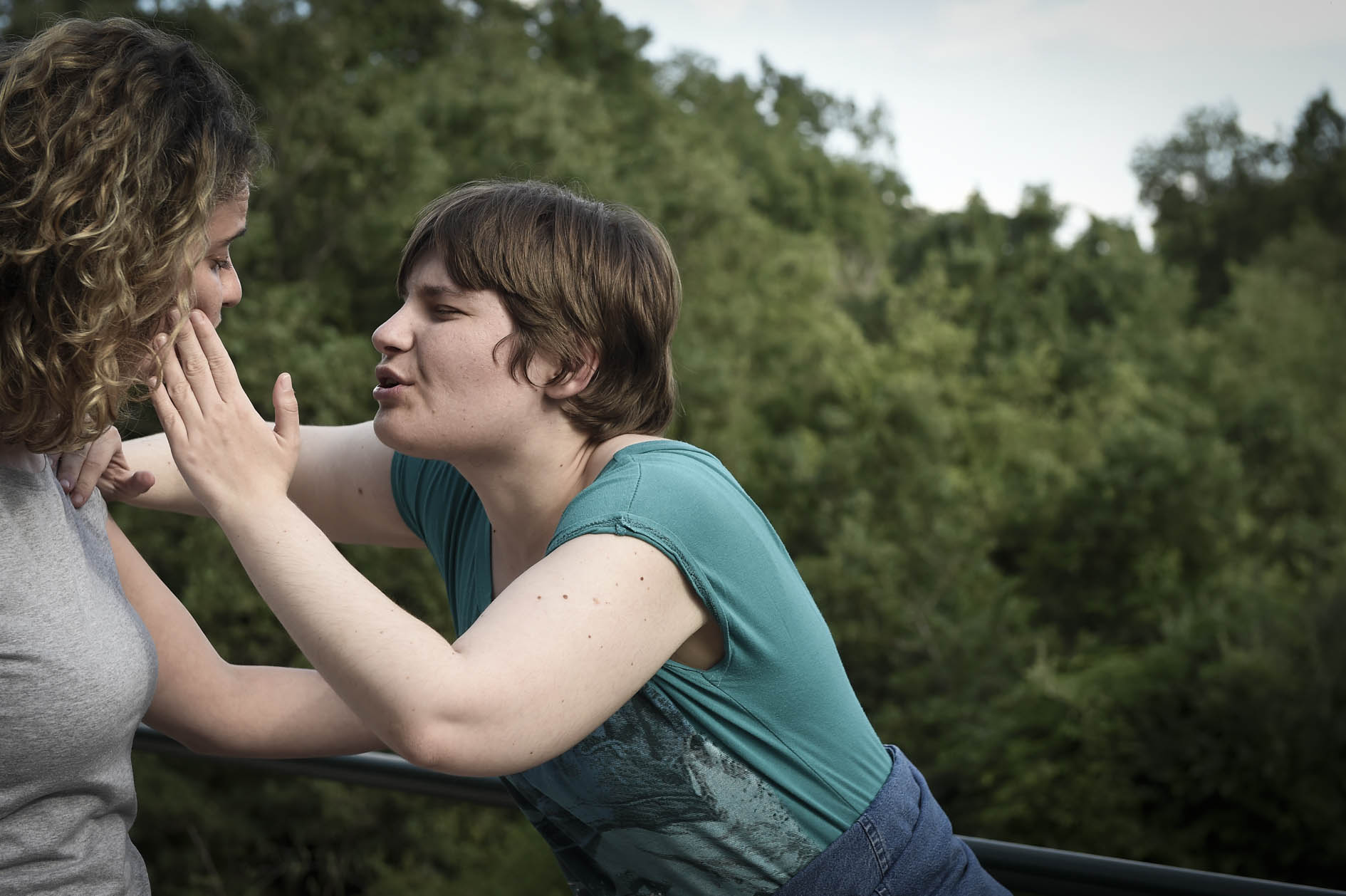 There was a calmness and tranquility throughout the house, most of the time. Now and again there would be a confrontation. The educators, constantly alert and ready to react, would move quickly to calm the person involved.

The residents are all long term at Eleni Gyra, and have a long established relationship with their educator who knows them well, understands their moods, triggers and importantly what to do to defuse difficult situations.

Here Chrysoula looks into the eyes of Eleni who had suddenly stopped and began what can only be described as a rant. Eleni’s voice grew louder and louder and the pitch higher as she moved closer and closer whilst placing her hand on Chrysoula’s face.